Why We Made It: The Origin of Cardsmith’s Online Sticky Notes 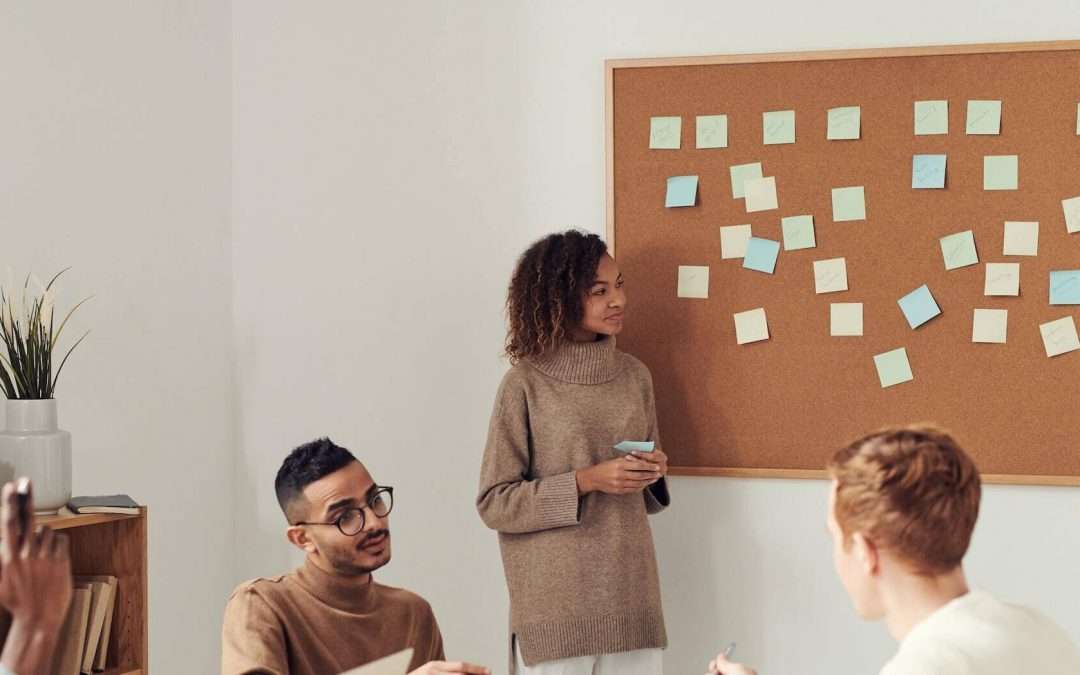 “My name is Monica Borrell and I love sticky notes.” No, this isn’t a confession of an addiction (while our team may think so sometimes), it’s a proud statement of fact by our founder and CEO. This love of sticky notes actually inspired Monica to create Cardsmith. How did we get from loving small, re-stickable pieces of paper to here?

It was spring 2012 in hot and humid Houston. A major oil company had hired a management consulting company to help figure out why their projects weren’t getting done and to help get them back on track. Monica’s team had just finished identifying every current project and documenting their progress on sticky notes on a 35′ long (!) wall.

Suddenly, after years of stalled projects, projects getting pushed aside and forgotten, and a general lack of accountability, things were getting done. They found tremendous value in being able to see all the projects, color-coded, with visual accountability.

Monica explains, “If a project was stalled and not moving across the board, we would put a red dot on it. That’s a red dot that the CEO sees as he passes by, stimulating discussion about around what the hold-up is.

[tweetify]It was amazing to see the power of the visual. Barriers quickly came down, projects moved along and things got done.“[/tweetify]

But that visual system had a major shortcoming. It was purely physical. Notes fell down (or required push pins), people couldn’t read each other’s writing, and you had to physically be in the room to have an up-to-date project perspective.

Everyone was constantly taking pictures of the board to keep track of projects. But those pictures were outdated as soon as one project moved, which happened multiple times a day.

There needed to be a way to make that experience digital — a way to capture the same productivity gains, the same transparency, yet without the inevitable hangups of a paper-based, immobile system. Something as clean and simple as sticky notes and just as flexible — something you can move around and interact with.

Monica began talking to friends and colleagues about her ideas for a digital solution. The reactions from people from all backgrounds was positive; people got excited!  One of those people was Jo Wollschlaeger, an entrepreneur at heart who had recently left her career as an industrial designer at Ziba Design to start her own business. She quickly understood and believed in Monica’s vision. Inspired, she left her business to join Cardsmith as designer and co-founder to help the vision become a reality.

After a rocky initial start with an outsourced developer, Monica and Jo met their software savior David Mora in November 2013. A senior software engineer with a passion for creating user-friendly software, David joined Cardsmith as a Chief Technical Officer (CTO) and co-founder. With a formidable team of a CTO with years of experience in both software and hardware, a business-minded CEO with significant project expertise, and an established and experienced designer-entrepreneur, Cardsmith was born.

“The rest of the story is still being written, but we’re in the final alpha stages of the product and are as excited as ever about it.” says Monica. “Our team is using it both professionally and personally every day. We have people in all walks of life using it—including several kids using it to catalog and organize—a testament to the ease of use and simplicity that we’ve worked hard to build into Cardsmith.”

We use cookies on our website to give you the most relevant experience by remembering your preferences and repeat visits.
Read MoreAccept
Manage consent